Okay – my mom is down deep a blonde.  I saw this today and had to share.  Why?  Because it reminds me of my mom of course – snorts.  Hope you enjoy it.  Nothing personal to any blondes out there.  Really.

A blonde driving a car became lost in a snowstorm.  She didn’t panic however because she remembered what her dad had once told her.  “If you ever get stuck in a snowstorm, just wait for a snow plow to come by and follow it.”

Sure enough, pretty soon a snow plow came by and she started to follow it.  She followed the plow for about forty-five minutes.  Finally the driver of the truck got out and asked her what she was doing.

And she explained that her dad had told her if she ever got stuck in a snow storm, to follow a plow.  The driver nodded and said, “Well, I’m done with the Wal-Mart parking lot.  Do you want to follow me over to Best Buy?” 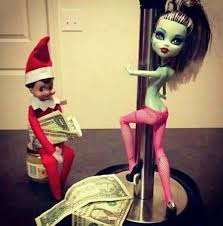 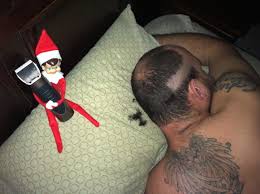 Name That Product/Company and/or Jingle – ANSWERS 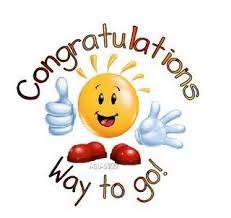 Here are the answers from yesterday’s posting.  How many did you get right?

And the winner is:

Information has been received over the afternoon wire reports that the juvenile rolling stone has yet been caught again in another act of mischief.  This time, the act took place in a local Toys R Us department store in McDonough, Georgia.  Unlike the other two times, the juvenile rolling store was caught in a ‘toy’ buggy rolling down a store aisle singing Joan Jett’s famous song I Love Rock N Roll.

Authorities believe that this is the same juvenile rolling stone that was caught in May at a local Wal-mart store and then again in June at a local Target store.  In both of these instances, the juvenile rolling stone was video taped riding a skateboard unlike the current sighting.  When authorities were questioned as to thy they think it is the same juvenile stone and why, they replied, “It’s all in his itty bitty shaky eyes.  He has the look of a rock gone bad.”

Authorities are also advising the public not to try and apprehend this juvenile delinquent rock by themselves but to please call your local police station.  If you have any information on this juvenile rolling stone, please leave a comment here.

On the Road with Bashful!

Hello my friends!  Today’s posting will conclude my fun adventure that I had at Wally World, otherwise known as Wal-Mart.  I hope I have expressed how much fun it was!  I do hope that you have had a good laugh at my field trip and my experiences.  But don’t worry, although my adventure with Wally World… AKA Fun Land USA… is over, my field trips are not done.  I am going out more to explore and will post about those trips soon.

Today, we concentrate on education.  I really tried hard to broaden my knowledge while at Fun Land USA.

I started first in the book section.  Those Dr Seus books are wonderful!  Did you know that daddy can almost recite the entire book of Green Eggs and Ham by heart?  He loves that one just about as much as I do.  You can see me in this picture next to the books reading.  I stayed there for as long as mom/dad would let me.  They were looking at their books and I was looking at my age appropriate books.  It was all good.

Then we moved on to exciting and wondrous things… the electronic department!  I was trying so very hard to get mom/dad to buy me my very own iPad.  They said I was too young and had to share with Bacon still.  Stomps pebbles – but I wanna my own iPad.  Darn it all.  I love playing on Bacon’s.  It’s a lot easier to type, if you know what I mean.  Maybe one day when I become a policerock and make my own money, I can get one.

With all of this shopping, I got hungry.  I might have strayed off by myself.  Mom/dad got scared because they couldn’t find me.  They said next time, I have to wear my leash – darn shucks.

I’m not sure why they were so scared, they did eventually find me.  I was in the frozen food section licking the strawberry pie box.  Tasty – 🙂  Now I know why Bacon loves strawberries.  Of course, I tasted it so mom/dad had to buy the pie.  They weren’t fussing too much cause they said they were hungry too.  It was delicious!

Well, that’s it for today’s field trip.  I hope you enjoyed it my friends!