Dear Bacon – It’s so hot!  I mean really HOT.  I can’t take it anymore.  I don’t even have the stamina to look for nuts.  I can’t even move from this limb.  Can you help a squirrel out?  Signed Hot in Atlanta

Dear Hot in Atlanta – I feel for you my friend.  It is so H.O.T. here in Atlanta.  I moved from my bedroom to the living room and was almost sweating.  I need winter back.  Come on over to the Hotel Thompson.  You can crash with Journalist Rocky the Squirrel in his air conditioned treehouse in the backyard.

Dear Bacon –  There is always that *one* family member that you just roll your eyes.  This is us trying to take a serious family picture for our dad for Father’s Day.  Do you see how well that worked out?  Stupid on the end has to make faces.  What to do my friend?  Signed Classy

Dear Classy – Snorts.  You know your dad might just appreciate that look on your siblings face.  I mean if he is the family clown – him looking serious might not be a fun picture.  I say go for it my friends.  It’s better to laugh than cry!

Dear Bacon – Rosie was having a bad day so I offered her a shoulder to cry on to get past her woes.  That was three hours and now she is asleep.  I don’t dare wake her but my shoulder – I can’t feel it anymore.  It’s past the tingling stage.  It’s now at the do-I-even-have-an-arm-there-anymore stage.  Have you ever been stuck like this?  Signed Big Brother

Dear Big Brother – You are the man my friend.  That was so thoughtful of you to have a leaning shoulder not only to cry on but to sleep on.  Of course, you can’t wake her.  After what she has been through – whatever that might be – a leaning shoulder from big brother will make all of the bad go away.  I’ve done it a time or two with Mouse Girl.  Awesome job my friend!

Dear Bacon – There I was my fellow pig.  Eating my carrots and minding my own business.  That’s when it happened.  I heard the refrigerator door open.  You know that sound, right?  The sound of freedom. The sound that says the store is open.  Squeals!  There’s so many good things in that cold box.  Don’t you feel the same?  I couldn’t help but suck in air and squeal.  I wanna go shopping in that place!  What about you?  Signed Bandit

Dear Bandit – I feel you my fellow pig and squealer.  I love that huge cold box.  It has such mysteries of delights stored in it – from cold stuff to frozen stuff.  Once I opened the freezer and was sucking on ice cubes when mom busted me.  Why ice cubes?  Why not.  They tasted so delicious and were so cold in my piggy tummy!  Let me know if you get to go shopping in there.

FRIENDS – Please remember that Dear Bacon can’t happen without YOU.  Please email me your pictures and letters 🙂 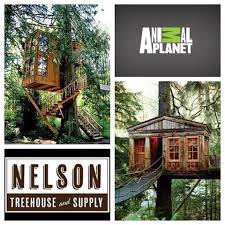