Every once in a while while I’m surfing the net, I come across a funny that I just can’t pass up.  This is one of those times.  In the middle of the night (I couldn’t sleep), I saw this and started snorting and squealing.  I’m not sure why but I found it so hilarious.  It kind of reminds me of something that this little oinker might do.  You think?  Would you do this too?  Snorts.

Happy Saturday my friends!  Remember to get some snuggles and love along the way.

Every once in a while, I just can’t sleep at night.  I’m not sure what it is.  Mr. Sandman skips the Hotel Thompson and we’re all stuck watching television and playing on the computers until wee early in the morning hours.  Which isn’t bad for the weekend but during a week night, it hits mommy kind of hard.

Last night was one of those nights.  None of us could sleep.  We all got back up and started watching info commercials on the television and surfing the net.  I’ll tell you something.  Mom/dad came across a video and was laughing so hard at 3AM that I thought the neighbors were going to call the police department on us for sure.

I’m not sure what language the song is being sung but it’s cute and catchy.  What had mom/dad laughing was the video. I don’t get it.  Mom watched the video first and almost fell off the sofa laughing.  Hey, she nearly knocked me on the floor and I was sitting right beside her.  Then she had to show it to daddy who started laughing as well.  Heck, I think those pesky purr things were laughing too.  I don’t know what the big deal was all about.  Daddy asked mom, “Who does that remind you of?”  Everyone turned and looked at me.  What?  I don’t get it.  You?

Shivers to Mergatroid – What a Nightmare! *PG WARNING* 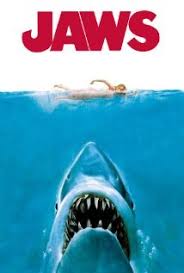 Mom tried to warn me last night. She didn’t think I was ready. I on the other hoove tried to explain to her that I was a big boy and could watch these types of movies with no problems. I mean, I’m 15 months old, I’ve got to start branching out from the cartoons, right? And hey, what’s scarier than Little Red Riding Hood with that big bad wolf or The Three Little Pigs with that big bad wolf. See where I’m going peeps – wolves are BAD animals – BAD! But that’s another blog for another day.

I finally convinced mom to let me stay up for Friday movie night. She popped the popcorn and we settled down for Jaws. Now take in consideration that this is probably my first R rated movie. Steven Spielberg directed this movie in 1975. Mom said she was 6 when it came out. (LOL – you do the math for her age, I didn’t tell you a thing – snort). It was scary for her when she saw it the first time. I’m watching it and I admit there were some scary shark situations. I learned several things from this movie. First of all, don’t go swimming in water that you can’t see the bottom. Heck, these days I don’t even trust a swimming pool. Second, it’s a ‘killer’ shark. You look like bait in that water. Don’t be stupid.

After the movie was over and I was shaking out of control, mom tsked tsked me and told me she thought I was too young. I tried to pig up and be brave but I’m going to tell you something. That was the LONGEST trip down the hall to my bedroom that I have ever done. It was darn right out scary. I don’t have any type of water fountain or pool in my room but I admit it. I flinched and jumped when I tinkled in my potty patch. Just the sound of water had me looking around for a shark. Shivers to mergatroid!

Mom came in, tucked me in and turned on my piggy night light which I *had* to have last night. I even talked her into turning on my piggy radio for a little bit to calm my nerves with baby songs. Everything was going good and I finally drifted off to sleepy land. That’s when it went wrong REALLY quick. I had a nightmare that literally threw me out of the water and sleep land for that matter. I woke up counting hooves and touching body parts to make sure I was okay. I couldn’t let mom know I had a nightmare. She would never let me watch a R rated movie again, you know. So you ask, what did you dream about pig? Take a peak below. Remember, this has a PG warning. Shivers, just to think about it scares me!