Have you ever heard of Robert “Bob” Geary?  Chances are, you haven’t.  Geary was a police officer in San Francisco, California in the 80’s/90’s.  In the early 90’s, he was assigned to North Beach where officers were meant to be highly visible and to come up with creative ways to earn the trust of the citizens living in the area.  Geary had a master’s degree in education and and undergraduate degree in art.  He thought hard about how he could perform his job and have fun.  He decided he would buy an expensive wooden dummy and teach himself by audiotape of how to use the dummy in his job.

He chose the name of his dummy as Officer Brendan O’Smarty.  Kind of a play on words with O’Smarty being a dummy and Brendan as a first name to give him a little dignity.  Geary even went a little further with O’Smarty by dressing him up in a patrol uniform with a hat and water pistol.  And don’t worry, O’Smarty had a badge number too – it  was 1/2 – LOL

In 1993, the entire city of San Francisco voted about whether a police officer was allowed to carry a ventriloquist’s dummy called Brendan O’Smarty while on patrol. He was voted in by a narrow percentage of 51% for and 49% against.   Geary and O’Smarty protected the streets of San Francisco all the way up until his retirement in 1998.

Information/Picture off of Getty Images and Wikipedia

Super Bowl – Are You Ready?

Are you ready for some football? The Super Bowl is like the big game of the year. It’s the icing on the cake. It’s the whole enchilada. Its the cherry on top of the sundae. It’s the big game. Do you understand? It’s like me getting a bedtime treat of apples, bananas and strawberries all at the same time. Shivers…give me a moment.

Okay…I’m back. So the Super Bowl will be hosted in New Orleans, Louisiana. I have relatives in Louisiana. My Aunt Tina, Uncle Wayne and my cousins Savannah, Maverick and Sherlock Bones.
The big game will be between The Baltimore Ravens and the San Francisco 49ers.

The game should be exciting because of the football but there’s also a twist in the Super Bowl. Ravens coach John Harbaugh is the brother to the 49ers coach Jim Harbaugh. Neat huh? What are the chances that would happen? One way or the other, a Harbaugh is going to win and bring home the championship.

Halftime festivities will be performed by the glamorous Beyonce. I know there are some of us that watch the Super Bowl for the game. But, there are others that watch it for the halftime performance and the new awesome commercials. I like it all – especially the snack foods that come with the game. That’s probably my favorite – snort.

And let’s not forget the puppy bowl that will be on the Animal Planet. The puppy bowl is simple. Ten puppies at a time play on the field that is three yards wide by six yards long. When a pup drags one of the chew toys into either end zone, a score is recorded. And while they don’t get any breaks for sports drinks, they can re-hydrate with a water bowl on the 10-yard line. In the end, one dog is crowned MVP (Most Valuable Puppy), but really everyone wins. There will be a complimentary kitten half time show. I think next year we need to request pigs on this show… I can entertain.

There’s your Sunday highlights. What will you be watching? Hogs and kisses – Bacon 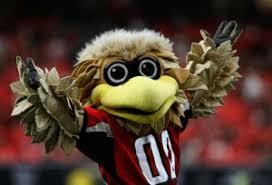 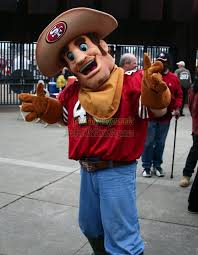