Memorial Day is a federal holiday in the United States. On this day, which occurs every year on the last Monday of May, we remember the men and women who have died while serving our country.

Many people on this day will visit cemeteries and memorials placing an American flag at graves to honor our fallen heroes.

Let’s remember that appreciation is not only one day out of the year – it’s year round.

Thank you to all of those who have died while serving our great country! I think this picture says it all.

Easy was my brother from a different mother.  When I started blogging years ago, Easy was one of the first anipals I met.  He was always there with a quick bark or comforting paw.  His stories were awesome and we especially loved those about a certain little Whiskey in his hood – hilarious!  Above is one of my favorite pictures of brother Easy.  I think we all think about 2016 the same way!

Our Hearts are Broken

Our hearts are so broken here at the Hotel Thompson this morning.  We woke up to hear about the passing of our beloved brother Easy.  Please friends, join us in lighting a candle and sending massive hogs and snout kisses to Easy’s parents during this time.  Our hearts go out to them ❤ 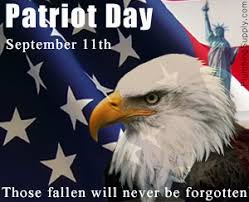