March 7 is NATIONAL CEREAL DAY.. you know breakfast cereal. Did you know that cereal is the most convenient form of breakfast? It’s quick and easy. Get a bowl, pour cereal, top with milk and enjoy! And, there’s so many different kinds of cereal out there! You can add fruit to it. You can top it with nuts or raisins. You can top it with granola. You can even add honey, maple syrup or crushed fruit. However you eat it, it can be a delicious way to start your day or end your day.

Now, I know this is going to be hard to believe but hang with me for just a minute.  That pig – you know the one they call Bacon on this blog.  This is a picture of his piggy chow in his breakfast bowl that he gets every morning.  Do you know what the little oinker has on top of his piggy chow?  Anyone – anyone at all?  Cheerios!  Can you believe that?!  Even Bacon will be enjoying this day like all others with a topping of Cheerios on his piggy chow.  He doesn’t care what kind, he likes them all!  Regular, chocolate, banana nut, multi-grain, dulce de leche, peanut butter – all of them!

I mean think about it.  Cheerios are not just for the heart conscious adults – it’s for the little man too.  He has to watch his heart and health so he can be here for a very long time as well.  Bacon and his mom eat their Cheerios together every morning… of course his mother doesn’t have piggy chow added to hers which is good to know.

So on this National Cereal Day, enjoy a nice bowl of cereal – perhaps even Cheerios and think about the little pig.

Posted by Piglove on 03/07/2018 in Journalist Rocky the Squirrel, Uncategorized

February 26th is a day that fairy tales are made of – it’s Tell a Fairy Tale Day.  Everyone loves a good fairy tale – kids, adults and animals.  It’s a great way to bond with your friends.  Pick a story or make up a story.  Either way, it’s a great time for everyone!

It’s not a requirement to start with “Once upon a time…” but it is a requirement to have a happy ending.  There’s absolutely nothing better than to the end with “and they all lived happily ever after.”

So, cozy up with your selected loved one and read a fairy tale or make up one.  You all know that the pampered pig Bacon gets a bedtime story every night when his mom tucks him up. (That pig is *beyond* spoiled!)  I asked him to share one of her stories with his friends here and he said this one was his favorite. We hope you enjoy!

“Once upon a time there was a four legged hoofed piggy who was adopted by a human family.  We’ve all seen Stuart Little.  A little mouse that was adopted by the Little family.  Well, this family was just about the same.  They really wanted a baby of their own but circumstances just didn’t work out.  They did the next best thing and adopted a little runt piglet that was only three weeks old.  They took Bacon home and created his own little nursery for him, catered to him and taught him how to become a little man.

As Bacon grew more and more each day and learned the ways of being a little human, he also grew more and more in his parent’s hearts.  They wanted little Bacon to do nothing more than to blossom and be happy with his life.  Bacon caught on quick to the human ways and started watching television, surfing the net on his laptop and even created his own blog.  In no time, little Bacon became a little pig star in his own right!

Not only was Bacon happy at the Hotel Thompson, he brought happiness to the Hotel Thompson.  Little Bacon became such a happy part in his parent’s eyes that they couldn’t even remember life without Bacon.  He filled a void that his mommy had and made her the happiest mommy in the world.  His mommy fully loved Bacon and Bacon fully loved his mommy.

And to this day, Bacon and his parents are living happily ever after at the Hotel Thompson.”

February 22nd is National Margarita Day. I absolutely have to report about this day – it’s a must!

It doesn’t matter what kind of Margarita you partake in. Bacons mom likes a Habanero Margarita.  She says it’s cool and refreshing and then has a slight heat when swallowing. Yep that sounds like Bacons mom. Sweet and hot. Chitter Chatter. Don’t tell the oinker I said that.

Enjoy a Margarita today my friends!

Posted by Piglove on 02/22/2018 in Journalist Rocky the Squirrel, Uncategorized

Today, February 19th is President’s Day here in the United States.  Do you know what President’s Day actually means?   Sure it means that it’s a holiday and there are lots of President Day sales going on; but, it’s much more important than that.

President’s Day is intended to honor all of the American Presidents but most significantly George Washington and Abraham Lincoln.

George Washington is considered the “Father of His Country” and was born on February 22, 1732.  In 1787, Washington was unanimously elected president by the Constitutional Convention in Philadelphia and took the oath of office in 1789.  He served two terms of office from 1789 until 1797.  After the presidency, Washington retired to his home in Mount Vernon, Virginia.  Do you know Washington’s famous quote?  “I can not tell a lie… I chopped down the Cherry tree.”

Abraham Lincoln was known as “Honest Abe” and was born on February 12, 1809.  Lincoln became president in 1861.  He wrote the Emancipation Proclamation and the The Gettysburg Address.  Lincoln was also the first US President to be assassinated.  He was shot in the Ford’s Theatre by John Wilkes Booth on April 14, 1865.  Do you know the address to the White House?  It’s 1600 Pennsylvania Avenue, NW, Washington, DC 20500

Happy President’s Day to all of our wonderful Presidents that have served our country!

Do a Grouch a Favor Day –

Today is Do a Grouch a Favor Day.  Do it today and make the world a better place!

Everyone has been a grouch at some point in their lives.  Some people are occasionally grouchy while others maintain that grouchy attitude all of the time.  You know who they are.  Sometimes people get grouchy because they are tired, had a bad day and the weather outside is bad.  It doesn’t take much sometimes to put people in a grouchy mood.

Today your goal is to look around for someone that is in a grouchy mood.  Do them a favor that will cheer them up.  Hug them.  Lick them.  Be nice to them.  Bring them the paper.  You know – do something nice for them to see if you can see a smile on their face.  You can do it.  I know you can!

Wave All Your Fingers at Your Neighbor Day –

February 7th is Wave All Your Fingers at Your Neighbor Day – I tell you what – they come up with a lot of strange holidays here don’t they?  This day is the *perfect* opportunity to greet your neighbor with a big wave – be sure to use all of your fingers.  Without a doubt, this day was created to put a smile on your face and upon your neighbors face.  It’s intent is meant to be friendly, create a better relationship with your neighbors and to make people smile.   – I *know* you can do it. 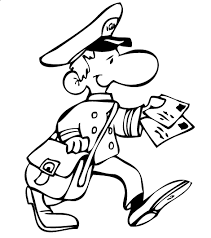 Friends, yesterday February 4th was National Thank a Mailman Day.  But the mailman doesn’t run on Sundays.  So we need to make sure we acknowledge them today.  Do you hear that pups? That means don’t chase the mailman on this date! Instead of chasing the mailman, today gives you a chance to say thank you. They deliver the mail six days a week regardless of the weather either by postal truck and walking routes. Do you remember the old Pony Express motto? “Neither rain, nor snow, nor death of the night, can keep us from our duty!” This motto is believed to be taken in part from a motto dating back to ancient times! You also hear it this way some times, “Through rain or snow, or sleet or hail, we’ll carry the mail. We will not fail.”

So pets near and far away, go sit by the mailbox today. Maybe bring a bone and give it to the mailman. Tell him thank you.

All important announcement – today is National Inane Answering Machine Day and is always on January 30th.  It is actually a copyrighted holiday?  Negative that is not a typing error, it is “Inane”.  You don’t even know what that means do you?  Go ahead and admit it, Bacon’s mother had to look it up too.  Poor kid needs to advance her vocabulary besides talking gibberish to that oinker all day.  I went ahead and copied this from the dictionary for you.  You’re welcome!

With that being said and us knowing what ‘inane’ means now, let’s continue on this grand holiday of “National Inane Answering Message Day”.  First lets clarify the meaning of an “inane” answering machine messages. We all get them and they drive us crazy which for some cases is a short trip – HA!  An inane message is a senseless or meaningless message, or a prank call. Or, it could be an insane message.

So, National Inane Answering Message Day is a day to end those numerous, annoying insane answering machine messages. We all *know* that’s not going to be accomplished in one day but we can try, can’t we?  So for today, no prank calls!  Chatters and laughs.

Posted by Piglove on 01/30/2018 in Bacon, Journalist Rocky the Squirrel

Keeping his hands on the nuts of the world. 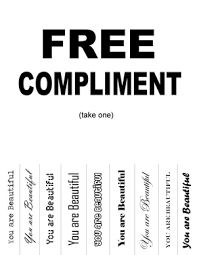 Here for another important message for the day. Today, January 24th, is commemorated as National Compliment Day every year. It is a very special day and celebrated in most parts of the world apart from the USA. This day represents a positive theme – a positive tone in a positive atmosphere – everywhere you are whether it be at home, the grocery market, work or that place the humans feel to punish themselves by what they call “working out”.

So here are some suggestions that can help you today on your National Compliment Day.

You get the drift. You give out compliments and you give a positive sense of well being. You make someone feel great with just a few words. We all know that words can be so destructive. Let’s turn it around today.

I, Journalist Rocky the Squirrel, challenge you. I challenge you to give out a minimum of FIVE compliments today. I bet you can do more but FIVE is a good start. Are you going to take the challenge?

This is Journalist Rocky the Squirrel signing off. Have a fantastic day you beautiful humans!

Happy Thanksgiving to the best friends we could ever have!

I hope your day is full of love, family and hugs.  And let’s not forget food.  All kinds of food!  I found another funny for today.  I hope it makes you chuckle just a bit.

I’m thankful for the shoulders I have to lean on and the laps I have to snuggle on.   I’m thankful to my birth mother who gave me to my adopted mother.

And when I count my blessings, I count all of you twice!