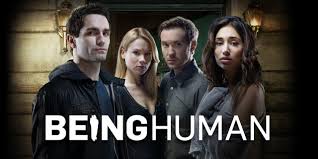 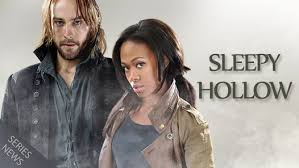 So, I’ve started watching this new series on television.  It comes on the Fox channel at 9:00PM on Monday nights.  It’s called… are you ready?  Sleepy Hollow – insert spooky music here.

This past Monday was the first episode.  If you loved the original Legend of Sleepy Hollow by Washington Irving, you will probably love this as well.  This new series is like a modern day version of the fairy tale fantasy.  I had doubts before watching the show but after the first episode – I’m hooked – hooves and all!

This new show has everything – suspense, drama, witchcraft, adventure, thriller and a headless horseman.  Who could ask for anything more?

As Ichabod Crane, can you imagine waking up to the 21st century when all you remember is 18th century Colonial America?  Technology alone mystifies poor Crane.  There is even some humor in these clips, especially when he gets in a car and starts playing with the windows – up/down/down/up – too funny.

If you get a chance, you must check out this show and see what you think.  We at the Hotel Thompson are hooked on the first episode.  I did hear on the television this morning that there will be some reshows of the pilot tonight.  Check your television guides.

Of course, this little piggy has his thoughts on who in the show is bad and who is good already.  I can’t wait to watch future shows to see if I’m right.  Please let me know what you think.  XOXO – Bacon

Picture from the internet from Fox