What? Where Did *That* Come From? 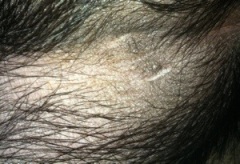 What the heck is that?!  You see yesterday, I was in my bedroom twerking and saw this in the mirror.  I’ve never seen it before.  Okay, I understand.  You can’t get past me twerking, huh?  Sigh, I’ll explain.  Me, Hemi and Mouse Girl were watching MTV on my television.  There was that girl from Hannah Montana who doesn’t claim fame to Hannah Montana anymore – you know the one that works the wrecking ball – snorts.  Well, she was twerking.  Me and Hemi were astonished.  What the heck is this?  Is this a new dance?  How can you move your hips like that?

We noticed that Mouse Girl was quiet so we looked over at her.  I’ve never seen her move like that.  Mouse Girl has some definite moves for a Maine Coon purr thing.  She was giving the ole wrecking ball singer a run for her money.  Me and Hemi didn’t know if we should clap or throw money at her.  As soon as she saw as looking, she left my bedroom.  Personally, I think she was going somewhere else to practice.  Since she left though, me and Hemi closed my bedroom door.

We looked at each other and started watching television again.  Yes, we can admit it.  We tried this twerking thing again.  I was in front of my mirror shaking or rather trying to shake it.  Hemi had his front paws on the wall and he was getting pretty good at it.  I have to admit, these purr things are limber.  Me on the other hand, not so much.

I started looking in the mirror again and noticed these two marks near my back end.  I’ve never seen those before.  I grabbed my camera and took a picture.  What the heck are those things?  I walked over to Hemi to ask him if he had something similar.  He told me to look and I did.  OMP (Oh my pig)!  He has them too.  Have we been probed by aliens?  What are these markings?

We ran out of my bedroom to find daddy.  We showed him the strange hieroglyphics on our rear ends and asked him about them.  I’m still not sure what they are.  All daddy would do is this evil little laugh and he said quote, “Boys, you can’t miss what you didn’t know about.”  What?  What exactly does that mean?  Me and Hemi just looked at each other in confusion.  I jumped on the couch and tried to look at daddy’s back end but he wouldn’t budge.  I don’t get it.  Anyone?  Anyone have an explanation for us?