Happy April Fool’s Day my friends.  What?  That’s not how it’s suppose to go?  Oh, I get it.  I’m suppose to “fool” you into something that you are not aware of.  Oh I see – that’s how it works.  Well, since I’ve already blown that part let me go in another direction.  That would be fun, right?  Nods piggy head – sure it will be.

I will tell you three things.  ONE of them is true.  YOU guess which one.  How’s that for an April Fool’s Day?  These may be tough so work it out my friends.

Since mommy loves the Mickey Mouse so much, dad thought he would meet her half way.  He loves the rock group KISS.

So, daddy compromised and got this rocking Mickey Mouse/KISS tattoo this past weekend.  Cool huh?

Oh dear piggy heavens help me – please help me!  Mom and dad are doing a complete renovation here at the Hotel Thompson.  Work started today and should be completed by Friday, April 17, 2015.

We are talking gut work – front room, kitchen and hallway.  Out with all of the old – furniture, carpet and yucky linoleum in the kitchen.  Painted walls, new floors and new furniture – perhaps some other really cool stuff. 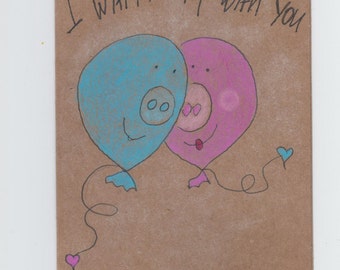 Our next door neighbor is getting a piggy – squeals – I’m going to have a girlfriend for real!  They’ve talked about it for a while now.

I’m so excited.  I can’t wait for you any longer Miss Piggy. 😦

There you go my friends.  Three statements – which one is the truth?  Go!

Sometimes the funniest things happen here at the Hotel Thompson.  Sometimes they are just too good to pass up.  It’s taken me all week to get myself together to post this blog.  Let me start at the beginning shall we.

On Friday nights, it’s not unusual for us to stay up late here and watch television shows… especially b-rated movies.  Rolls piggy eyes – sometimes those are so hilarious to watch.  Mom and dad usually let me stay up late with them until I get too tired.  This past Friday night was no exception.

We all stayed up until around 2AM.  Hard to believe my humans can stay up that late isn’t it?  Snorts.  We all got ready in our separate beds in our separate rooms.  Just about the time our heads touched the pillows, we were asleep.

Then around 3:30AM, it started.  Mouse Girl and Hemi, the two purr things here at the Hotel Thompson, thought it was an ideal time to sing to their people.  They were in the hallway where the acoustics are the best.  They sung and it echoed.  They sung and it still echoed.  Neither one of them have done this in sometime.  But it woke me up first.  So I do what I do best.  I started squealing.  Mom and dad thought I was joining in but I wasn’t.  I was telling the Purr Choir to shut it up because I need my beauty sleep.  But they didn’t.

They then woke up mom and dad.  Of course they played rock, paper or scissors to see which one would get up out of their comfy cozy bed to put a stop to the live orchestra.  Daddy loss – snorts.  He broke up the duo, gave them a treat and went back to bed.

Maybe thirty minutes later, Hemi decided to join them in bed.  He does this every night so it’s no big deal.  Hemi climbs up between mom and dad, settles in and snuggles to sleep.  But nope, not this night.  He was W.I.R.E.D.  I don’t know what he got into but he was jumping off mom, dad, the nightstands and the television stand.  Shakes piggy head.  So guess who got banished from the bedroom?  Yep, Hemi.

They thought then that everything was good and they could settle.  That’s when Mouse Girl tag teamed into the bedroom.  She has nerve after all of this to do her share of trouble.  She went into the bedroom and proceeded to knock everything off of the television stand and nightstands.  She got the wrath of mom and also got banished from the bedroom.

You would think that poor mom and dad had enough.  They did get a couple of hours asleep.  Then around 6:30AM something unnatural woke them both up.  Something we haven’t heard all Winter.  Something that sounds so beautiful – normally – but at the butt crack of dawn was like fingernails on a chalkboard.  There was a cute little bird that was right outside their bedroom window singing like there was no tomorrow.

I heard daddy ask mommy, “What kind of insane bird chirps before daylight?”  Mom’s reply, “A dead one.”  Snorts.  Of course she wouldn’t harm that little tweet bird.  But, it was a hilarious for this little piggy to hear.  I wonder if they will go to bed late tonight?  I got $20.00 on the birdy before dawn – you?  Snorts