Beware my friends.  We have been watching the ID (Investigative Discovery) channel all weekend.  I’ve picked up a few things from the shows.

1 – There is never a perfect murder.

3 – Never go back to the crime scene.

4 – Pick one story and stick to it.  The least you make up the more you will remember and not get tripped up when and if you get interviewed.

6 – Never fall for it when the cops say they have proof or someone saw you.  Tsk-Tsk Who says cops have to tell you the truth when you are being interviewed.

7 – Knowing all of this, don’t commit any murders or crimes.  I don’t know about you but this pot belly doesn’t look good behind bars dressed in orange sharing a space with Bubba – snorts!

8 – If all else fails, blame daddy – double evil snorts!

It has been so totally busy here lately at the Hotel Thompson.  We had the demolition and renovation.  We had the cleaning and cleaning and more cleaning from all of that.  We had new furniture and everything has been out of place – and we are *still* putting things back together.  Mommy really pushed herself too much during all of this time.  And THEN Bashful came home from his visit with Fozzie in Australia.  That’s when all hell broke loose.  Yep I said hell.  HELL broke loose here at the Hotel Thompson.  You don’t believe me do you?  Okay I’ll tell you.

Do you remember the first time Bashful went to Australia to spend some time with Fozzie and her anipals way back in December 2013?  You can read about some of that trip here.  I’m talking specifically about that trip when he made a movie called Rockodile Dundee co-starring Bimby.  Let’s just say that we thought some things got out of control with that – I mean co-star Bimby.

Well upon Bashful’s return trip to Australia in December 2014, he had some problems to take care of in the deepest forms.  You see, Bimby was pregnant after the making of the Rockodile Dundee movie.  Shocker huh?  Well she carried the baby for nine months and when Bashful returned to Australia, she said he was the rock daddy.  Now you can imagine Bashful’s shock from that. BUT, can you imagine the shock of Fozzie calling me (Bashful’s daddy) and explaining (A) Bashful was now a father and (B) I was now a grandfather?!  Oh dear piggy heavens – I can tell you that was one interesting phone call to say the least.

Not only was Bashful a father but Bimby was in trouble.  Bimby had started hitting the bottle – hard.  And she was letting herself go not taking care of the baby.  So what to do huh?  First things first.

Bimby went into rehab.  There was long conversations about what to do and the biggest thing was to put the baby first.  Of course a rock DNA was conducted just to make sure that Bashful was the father.  The results came back and they verified 99.9% that Bashful was the father.  Then Bashful and Bimby had a long talk about the welfare of the baby.  The baby was 3 months old and Bimby decided that she didn’t want to be a mother – she was to young to settle down.  And putting the best interest of the baby first, paperwork was drawn up by the attorney’s and Bashful now has custody of his son.

So everyone here at the Hotel Thompson had to get everything ready for a new baby that would be soon arriving.  The nursery had to be set up, a pediarocktrician had to be lined up and of course everyone here had to be told what happened.  All of the rock clan were excited to have a new baby.  And I admit it.  I was rather excited to be a grandfather and to see my grandchild.  What would he look like?  What was his name?  Would he resemble us?  A lot of things were going through our minds.

Then the little tyke arrived here at the Hotel Thompson.  Oh my piggy heavens!  It was love at first sight with all of us.  The ooh’s and aaawws.  WOW!  So without further ado, let me introduce you to Chip.  Look at him!  How could we ever doubt his DNA?   He is quite the chip off the old block – you think?

I have the subject locked and loaded. It’s just a matter of seconds now before this powerful machine takes off, leaps and catches his prey. I have the skills of a ninja. I’m silent and deadly. You’ll never see me coming. Do you have this kind of talent pig? Signed Sniper One

I’m shaking here at the Hotel Thompson in my hooves. WOW – that is some talent you have there. I’m amazed. I’m almost speechless. What was your prey? A fly? Oh I know… a piece of dust? Snorts. I don’t need to have ninja skills, or be silent to be deadly. I just need cuteness. Insert evil deviled ham snort. Carry on my friend. 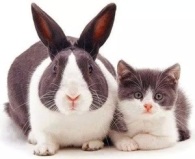 All that matters is love my friend. So he’s different, so what? I’m different than my mommy and daddy too. Doesn’t mean they don’t love me just the same. What’s done is done. That’s why the past is in the past. Just because something doesn’t look like us doesn’t mean we can’t love them with all of our heart.

They say that grass is greener on the other side of the fence. I tried to see. I got stuck. Awesome huh – NOT. I don’t get it. I’m an alligator. I’m stuck half way up a fence. A human sees me. What do they do? You would think help but no – let’s pull out that camera phone and take a picture of the gator stuck on the fence. Dude, if I was off this fence, I’d show them where to put that camera phone. Signed Stuck in Mid Flight

Snorticles. Really dude… I’m not snorting *at* you. I’m snorting at the situation. Let’s look at this for just a tiny minute. You said quote, “If I was off this fence, I’d show them where to put that camera phone.” That’s rich. That’s probably WHY they didn’t help you out. They were simply afraid of you. I know – I know. You can’t really blame them. They don’t see you as the cuddly, loveable snuggable type. They see teeth, nails, teeth, long tail, teeth and massive power strength. Shrugs piggy shoulders. That’s how it is dude. I do hope you got off the fence. I’m sure eventually someone did help, right? Stay strong my anipal.

I’ve been holding back in writing to you but I have this huge mystery. See, my human took this picture of me back when it was Winter. I saw this cute poodle in the hood. I went up to say hey, but she didn’t *smell* like a regular pooch? It was weird. What do you think? Have you ever seen this chick before? Signed Pugalicious

Step back from the poodle my friend. I’m sorry to be the one to tell you this but that poodle is nothing but cold and made of ice – snorts. Really. She’s snow my friend. You know that white stuff that falls from the sky during Winter. Some human made a poodle chick to fool you. She is kind of cute though. Look at the tail on her – hubba hubba.

It’s love. Simple as that. We have found our significant other and we are in love. We have read on your blog in the past about when two half hearts find each other and they melt together forming one it’s meant to be. We looked in each others eyes and it was like we knew all about each other and felt so at home. What can we say? Signed Two Kids in Love

aaww – That picture tells me *everything* I need to know. You two were MADE for each other in every way possible. Carry on and live long!

Remember to send your questions/pictures to me at baconthompson@gmail.com

*YOU* make my weekly Dear Bacon issues – thank you my friends! 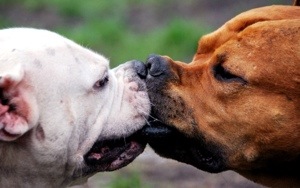 Dear Bacon,
You think you have it bad at your house with time out.  HA – you have nothing on our mom.  When we are bad and not getting along, instead of standing in a corner she makes us stand nose to nose until we can get along.  It’s the pits little dude.  Signed Trouble Times Two

Dear Bacon,
I read about your ancestry with football.  Just be thankful that your dad just tells you stories.  My human loves that football team called Alabama.  And their mascot just happens to be an elephant.  So on game day, guess what my human does to me?  You guessed it.  It’s so humiliating. Signed Little Al

Dear Little Al,
I am so sorry my friend.  You’re dad likes Alabama?  There are just no words that I can express for that. I guess someone has to like that team. Bless his little ole heart. 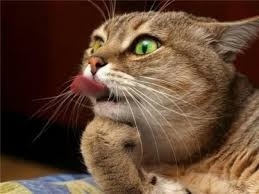 Dear Bacon,
Can you touch your nose with your tongue?  I’ve been trying for weeks and I just can’t reach it but I’m determined. Signed Stretch

Dear Stretch,
Oh thank goodness.  For a minute there, I thought you were sticking your tongue out at me.  I have a little bit longer tongue and it is close to my snout.  I’m going to have to practice this tonight in the mirror.  I’ll keep you posted my friend!

Dear Bacon,
I had to get new glasses.  My vision is just not what it used to be.  Do you think these glasses make my head look big?  Signed Who Four Eyes

Dear Who Four Eyes,
No my friend.  Shaking piggy head.  They do not make your head look big at all.  Your head looks just fine.  Don’t give a hoot on what other people think.  Your vision comes first, yes indeedy.  If anything, I think those glasses bring your eyes out more.  They’re hootiful!

Dear Bacon,
I’m thinking about going on Maury Povich and having my so called son’s DNA checked out.  My wife well I just don’t think she’s been faithful.  What do you think my friend?  Signed Cloned

Dear Cloned,
Listen, I can save you a lot of time, money and energy.  The DNA test results are in and they are saying that you are 99.9% that babies daddy.  Just look in a mirror my friend.  There’s really no way it can lie.  Embrace your parent hood.

Remember friends – keep your pictures and questions coming to me at Baconthompson@gmail.com

Thanks for another great week!