What Goes Up Must Come Down

Let’s all remember a very important thing in life.  What goes up, must come down.  It’s hard life lesson to learn.  Remember a while back and I was talking about the leak at the Hotel Thompson and having to call a contractor to look at the roof?  Well, we found out what caused the leak.  You might just be as surprised as we were.  Are you sitting down?  It was a bullet.  Let’s just leave it at WTP (What the Pig?!)  I can’t repeat what daddy said when he was told.  Apparently, someone thought it would be just fun and giggles to shoot a gun up in the air.  Thus, what goes up, must come down.  This is so very dangerous!  And the bullet came down on our house and caused a leak right over where daddy sits and watches television.  Do you know how frightened we all were when we learned this?  And, our neighborhood is not bad – it was just one of those times where people thought they would celebrate by shooting up in the sky, probably around New Years or the Fourth of July.  We can’t pinpoint exactly when it happened but once is enough okay.

I know this picture above looks like a horrid roof but it’s only 10 years old and was ‘suppose’ to be a 20 year roof.  One thing is that we live in the south and moisture will always be a problem here.  It gets muggy and yuck in the Summer – I’m not a big fan of that season.  I prefer cooler months, you?

Well, the contractor spoke to mom about what she wanted as to replace everything.  Of course, daddy laughed and said mommy has what did he say – expensive tastes.  But then again mommy said she wanted what she wanted the end of discussion – snorts – way to go mommy for putting her hoove down.  So everything was ordered and dad coughed up the checkbook.

A couple of days later, two pallets of 30 YEAR shingles architectural design showed up along with ridge material, felt and massive piles of wood for the new decking.  I in my little piggy life have never seen so much action in the front of the Hotel Thompson when the big truck unloaded all of this.  I just stood in front of the storm door and watched in amazement.  The ‘beeping’ of the big truck backing up was was hilarious.  I tried backing up and snorting but it didn’t seem the same.

Then the next day, this HUGE big metal box like thingy was dropped off in our driveway.  Mommy had to move the cars so they could get it there.  It was massive and empty.  It looked kind of mysterious but mom said to watch and see the next day to find out what it was.

Finally the third day early in the morning, it seemed like an entire village showed up at the Hotel

Thompson.  There were so many people and I wanted to watch.  Dad locked the storm door so I could sit in front of it and watch.  It was amazing!  Daddy said they were going to ‘raise the roof”.  I didn’t understand that then until I watched all.day.long.

But of course, she wasn’t home during the day when the ‘village’ was working on the roof.  Honestly, it sounded like a herd of elephants tap dancing on the roof.  And I admit, it scared me the first couple of times when they sent the shingles up the ladder and dropped them on the roof… or when they scraped all of the old roof off into the dumpster thingy… or when they pulled up all of the old decking and then replaced it.  I might have squealed a couple of times and ran to my room… but I wasn’t scared.  I’m a big pig.  Now the purr things – that’s another story.  They were scared.  They went straight to mom/dad’s room and hung out under the bed all day.  I think I saw them come out maybe a couple of times while the work was taking place.

But it was a long day.  In fact, when mommy came home, daddy actually told her ‘he’ had a headache.  I found this strange because mommy is usually the one telling daddy that.  Daddy said he especially had a headache when he coughed up the checkbook again for the final payment.  Poor daddy.

But doesn’t it look fantastic?  And mom, she’s already talking about siding around the front eaves of the house, taking down the Mickey Mouses (oh no!) and doing the sides with siding.  Daddy just rolled his eyes and gave her the checkbook.  Isn’t he trained? snorts.

I’m not sure what was going on at the Hotel Thompson this morning but there was a lot of commotion. And the biggest thing, my schedule was off.  This is not good in this little pig’s life.  I have to maintain my schedule.  I should have known something was off because after breakfast, mom wasn’t in a hurry to go to the worky place  I had to double check my calendar to make sure that it was a work day for her and it was.  This liitle pig got confused.

Then, she put me down for my nap and put the purr things in my room with me.  That’s really odd 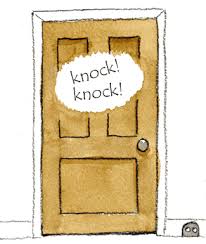 because we *all* know that my room is well MY room.  But mommy said it wouldn’t be for long.

And then the strangest thing happened.  I heard people on the roof top.  I only hear that once a year when the big jolly ole Santa Pig comes.  Why would there be people up there now?  And they were making a lot of noise.  It sounded like they were dancing and doing jumping jacks up on the roof top.  I just kept thinking that they were going to fall through my little ceiling.

Every once in a while they would stop and I could hear murmurs.  One of the voices sounded like mom.  How did she get up there?  And who was she talking to?  This was quite the little mystery for this little porker.

And then, all got quiet.  The stomping noise stopped.  The talking stopped.  I heard car doors and then mom/dad came back inside of the house.  They opened my bedroom door and I came out to find out what was going on.  The purr things – they slept through the entire party!  Can you believe that?

Mom/dad said that people had come to look at our roof.  I’m not sure why.  I mean it’s not like it’s something spectacular or anything.  Just a roof.  Mom/dad mentioned something about a price quote for a …. what was the word… it was long… replacement!  That’s it.  So, I guess we are going to be getting a new roof.  Mom said that it would make it easier for Santa and his sleigh this Christmas.  I sure hope so.  I’ll keep you posted my friends.

P.S.  I wonder when they come back, can I go up on the roof top and play?  Hey MMMOOOMMMM –