So friends how did you do this week?  Did you have a good week?  I was down 2 pounds – I’ll take that any week.  Little pounds add up to big pounds and slow wins the race here.  I type this watching the Super Bowl and I can tell you a couple of things.  First – Way to go BRONCOS!  I’m so excited that they won – it was a great game.  Half time wasn’t that bad – I was okay with that.  I’ve seen better and I’ve seen worse.  The commercials – my favorite was the singing goats.  Hilarious.  And what better way to end the weekend – I’m sick.  The hub unit came down with something on Friday night and I think he shared – bad husband.  Chills – cold then hot – sometimes both.  Sweats – runny nose – sneezy.  Yuck and muck.  So with 2 pounds being gone last week – 🙂 I’m happy

So how did YOU do my friends?

Before we go ahead with *the* Super Bowl, let’s talk about the Puppy Bowl.  What a game!  Awesome half time with Keyboard Kitty.  Awesome penguin cheerleaders.  BOTH teams came to play – snorts – unlike *the* Super Bowl.  And I loved the part where it showed the forever homes for the previous game players.  Excellent Puppy Bowl X.

Now about the Super Bowl.  The Super Bowl last night was the Seahawks vs Broncos.  Let’s not talk about the game.  Puts my little piggy head down in disgust.  I was rooting for the Broncos.  It’s like they didn’t even show up!

Since the game was over before it started – snorts, I concentrated on the commercials and the half time show.  Let’s talk about the half time show first.  It rocked.  I love me some Bruno Mars.  The Red Hot Chili Peppers not so much.  Maybe it was the one song they played – shrugs pig shoulders – not sure.  But Bruno kicked it – literally.  That guy has some foot movement!  It was great – probably one of the best I’ve seen in my 2.5 years – snorts.

Now, the commercials.  There were lots of commercials to review.  Some I absolutely loved and some I hated with a piggy passion.  My top were (in no particular order):

Ellen Degeneres playing Little Red Riding Hood.  Did you see the piggies in the commercial? Squeal!  You just know when she gets to condo with the bears they are going to huff and puff and blow her down – oops wrong Fairy Tale – snorts.

Then Pappa Bear says, “Play it” and they all break out dancing.  That was a hoot.  We all laughed at this one at the Hotel Thompson.

Then there was the Audi commercial about ‘no compromises’ where two people are at the adoption agency. One wants a Doberman and the other wants a Chihuahua thus they compromise on a mixture of the two.  Thus you get the Doberhuaha.

I have to admit that we laughed at the Doberhuaha.  It reminded me of Scrappy from Scooby Doo.  You see it now?  Snorts.

The VW commercial.  OMP (oh my pig).  Snorts.  It’s hard for me to even type this because I’m snorting so hard.  VW turns 100,000 miles and when it does the people that make the cars get their ‘wings’.  That’s what the dad tells his daughter in the car.  The daughter is like yeah right and says, “And I guess at 200,000 miles they fart the rainbow?”  AND it starts to show them farting rainbows.  Okay maybe I don’t have it verbatim but it was hilarious!  I looked at daddy and said, “How much mileage you got old man?”  Snorts

My favorite commercial the entire night at the Hotel Thompson was for the new Butterfinger Peanut Butter cups – which might I add are AWESOME!  Peanut butter and Chocolate are in therapy and Butterfinger shows up to the couch.

This commercial is freaking hilarious.  You have to watch it – it’s so funny.  And the new Butterfinger Peanut Butter cups – thud – mom/dad down.  They tried one and they LOVE IT.  Mom gave me a small taste and I do mean small.  It’s like a peanut butter cup BUT the filling is butterfinger.  It’s the perfect combination.

So what was your favorite commercial from last night?  Thoughts on those or the game of the Puppy Bowl? 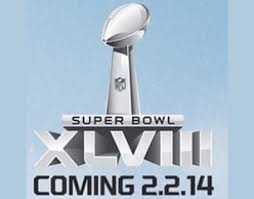