Shopping Around the World – Mark Your Calendars 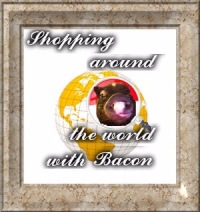 Welcome my friends to a new year of adventure and great food!

Shopping Around the World is scheduled for

Dear Bacon – Just the facts little guy.  Nothing but the facts.  We’ve been watching too many repeats of the movies Men in Black.  Don’t ask me which is which.  We just like to dress like Kay and Jay.  You know, just for fun and giggles.  The neighborhood doesn’t know how to act when we roll into it – bark.  What do you think?  Do you like to dress up like any of your favorite guys?  Signed Kay/Jay

Dear Kay and Jay – Oh dudes – I love the look!  That is so neat.  I’ve seen those movies and ya’ll kind of look just like the two.  I think it’s the ties and sunglasses.  I would love to roam around in my costume too.  I secretly want to be a piggy super hero.  I keep asking mom to make me a cape.  I know with a cape, this little piggy would have special powers and be able to fly.  Stay cool barky things!

Dear Bacon – This little pup couldn’t take it and fell asleep.  When I woke up, there was the hunny jar near me and I was passed out.  I don’t know what happened and I don’t know why it’s so funny.  The humans keep laughing.  Can you explain?  Signed Pup Dog

Dear Pup Dog – Snorts – it is kind of funny little man.  Your humans are really playing with you.  It’s cute.  You need to ask the humans to read you the story of Winnie the Pooh.  You look like Pooh.  He liked his hunny.  No, that’s wrong.  He LOVED his hunny.  Hey, I would keep the costume for Halloween.  You’ll get lots of candy! 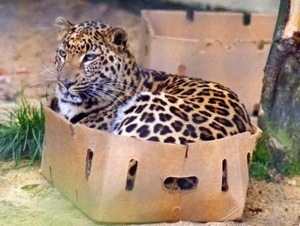 Dear Bacon – It doesn’t matter what kind of cat you are, we love boxes.  It’s that simple.  We will get in them and play with them.  I just wanted to let you know.  Signed Kitty Box

Dear Kitty Box – I’m not hating you on that.  I know the purr things here at the Hotel Thompson love to play with their boxes all of the time.  Mom/dad area always asking them why buy little purr thing presents when you can just give them the box.  Shrugs shoulders.  It’s a kitty thing.  I completely understand.  I tried to do the box thing too.  I didn’t get it.  I destroyed the box in less than five minutes.  Now that’s my fun time!  Enjoy the box my friend!

Dear Bacon – I know the purr things like their boxes buy I prefer daddy’s guitar case.  While he plays, I crawl in there and the music puts me to sleep.  It’s actually more comfortable than it looks.  Does your human have a guitar case for you to try this?  Signed Squishy

Dear Squishy – You do look most uncomfortable.  I think I’m going to let you call this one and let you crawl in.  Dad does have a couple of cases but looking at this body, there is no way I will fit in there.  I don’t care how much I try.  Sleep on my friend!

Dear Bacon – With summer comes doggy camp.  I thought I would snap this picture of all of us on the bus headed to camp for the week.  It’s a ball!  We get to do lots of neat things and have fun.  There really isn’t any time to miss the humans.  Do you get to go to camp?  Signed Campdoggers

Dear Campdoggers – That looks like so much fun!  As far as I get to camp is when I go to nana’s for a couple of days.  She always fattens me up so I can’t oink. 🙂  It’s fun and you know what they say.  What happens at nana’s, stays at nana’s!  Have fun at camp!