Momma said today is Flag Day. Do you know what that means? She explained it to me. Flag Day is celebrated in the United States on June 14th. It commemorates (isn’t that a long word!) the adoption of the flag of the United States, which happened on that day in 1777 by resolution of the Second Continental Congress.

Do you know which president of the United States proclaimed June 14th as the official Flag Day? It was President Woodrow Wilson in 1916. In August 1949, National Flag Day was established by an Act of Congress.

Flag Day is not an official federal holiday. But on June 14, 1937, Pennsylvania became the first (and only) U.S. state to celebrate Flag Day as a state holiday, beginning in the town of Rennerdale. 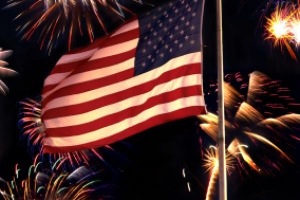