Hello my little horror fans. Thank you for staying with me during this 31 Days of Spook.  Today, let’s talk about haunted houses.

When I think about the most haunted house here in the United States, the first one that always comes to mind is the Myrtles Plantation in St Francisville, Louisiana.  Today, it’s a quaint little bed and breakfast.  But before, there was an ugly past that took place that made it the spook fest that it is today.

Back in the day of plantations, there was a despicable thing that southern plantation owners did and that was called having slaves.  It was a horrible act to ‘own’ another person just because of the color of your skin.  Thank goodness that those days are long behind us and we have progressed to the point of not ‘owning’ someone ever again.

But back in the day of the Myrtles when Mark and Sara Woodruff owned the plantation, they had many slaves, one in particular was Chloe.  Chloe was caught eavesdropping on a conversation of the Woodruffs.  For punishment, one of Chloe’s ears was cut off and she wore a green turban to hide it.  Chloe, to say the least, was very upset over having one of her ears cut off.

In order to get even, Chloe baked a birthday cake containing the extract of boiled and reduced oleander leaves, which are extremely poisonous.  Her plan was to make Mr. Woodruff sick but it backfired.  Only Sara Woodruff and her two daughters ate the cake and all three of them died from the poison.  All of the other slaves were very upset over Chloe doing this and supposedly they hung Chloe and then threw her body into the Mississippi River.

To this day when the circumstances are just right, you can see Chloe wearing her green turban walking through the Myrtles Plantation or the grounds.  And, if you look closer, you can see the Woodruff children playing on the front porch just like they did when they were alive.

And there are rumors about a mirror in the plantation.  Shivers.  This one had my fur standing straight up on edge.  Back in the day, when there was a death in the family, people covered all of the mirrors in the home.  Perhaps with everything going on with Chloe and the three deaths, a mirror that hangs in the foyer got forgotten.  It’s rumored that this mirror holds the spirits of Sara Woodruff and her two children.  So if you are visiting the plantation and primping in this mirror, give it a close look.  You might see some little hand marks on the glass.

But let’s now stop here with Chloe.  There are still others that haunt the plantation.  The house itself is reported to be built over an Indian burial ground.  Legend is there is a ghost of a young Indian woman that can be seen around the grounds.

And during the Civil War, the house was overtaken by Union soldiers.  It’s claimed that there were three soldiers killed in the house in the doorway.  There in the doorway is a blood stain  where the three soldiers were killed roughly the size of a human body that will not come clean.  Legend states that people that try to use a mop or broom on that one particular area are unable to push the mop or broom in that one spot.

Have you had enough of this plantation yet?  Is your fur standing on edge?  Let me end with one more story of the Myrtles Plantation.

There is also the ghost of William Winter.  He was shot on the front porch of the plantation.  He came back inside and crawled up the stairs to the 17th step where he collapsed dead in his wife’s arms.  Often, you can see a ghost walking or crawling up the stairs and disappearing on the 17th step.  Doesn’t this make you want to go ghost hunting now?

Where has Bashful been?

Snorts – that’s my rock. Give Bashful and inch and he hightails it to an all girls school. Like father like son huh? Snorticles and rolls around laughing! XOXO – Bacon 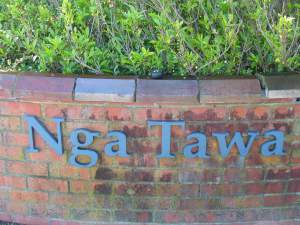 Greeting loyal readers and fellow maremmas. Where has Bashful been?  Well, would you believe he managed to hitch a ride off to sister’s boarding school and for the last week he has been making himself at home at Nga Tawa, in Marton.  Mummy had to go and collect him today.  Thankfully, he behaved himself at an all girls’ school, we hope. 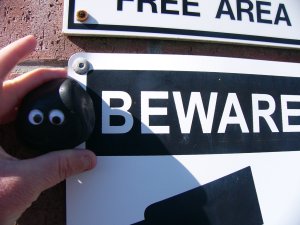 Would you believe that Bashful made himself very much at home during his time at school.  He says  he has made some new friends.  He seems to think that he needs his own facebook page, to enable him to keep in contact with them.  Here are some photos of him at school. 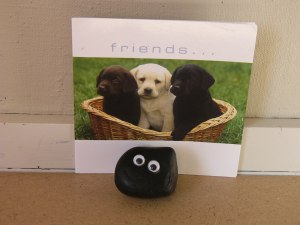 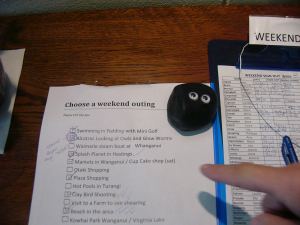 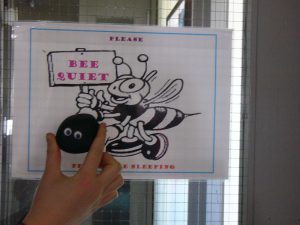 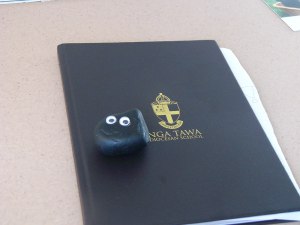 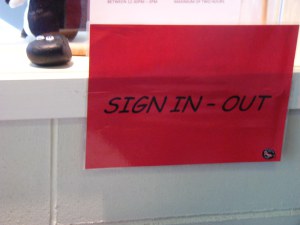 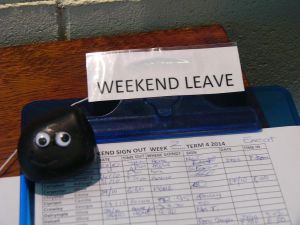 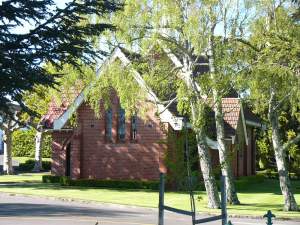 This is St Leonards, the school chapel. 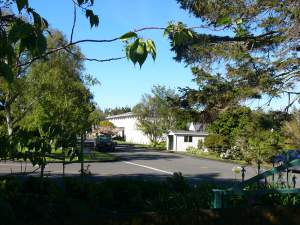 Mummy says it is a good thing he is home, but there is an old saying in New Zealand: “What happens on (rugby) tour, stays on tour”, so Bashful…

Oh my friends.  I do hope you have been enjoying my 31 Days of Spook with me this year.  I have had so much fun sharing with you so many spooky things – things that go bump in the night – things that create shadows in the dark – things that maybe make you do a double take.  Today, I have another story submission.  This one is from my great friend Fozzie in Australia.  Do you know Fozzie?  If not, you need to go visit her now and check her out.  She’s got some great stories and photographs from Australia that will absolutely blow you away.  Check her out and tell her this little oinker sent you 🙂  And thanks Fozzie for a great story my friend ❤

“When I came home from hospital with Rhiannon..(some 29 years ago), we lived in a small two bedroom flat. Bradley, our eldest, was in his own room and Rhiannon slept in a cot in our room.  She must have been about a month old when this happened.

We had in our room an old white wicker chair, you know the type that belongs on a porch under the shade of a wisteria. This chair was my grandmas (she was still alive at the time of this incident). Now the story went my grandma and her sister had some to and fro’s over who got to have this chair..and as it happened my grandma got it.. her sister is now deceased. I always loved it and my grandma was happy to give it to me.  And so it sat in the corner of our bedroom..
One night I was woken with the fright of my life.  As I lay on my side asleep, I felt a hand grab my shoulder! I sat bolt upright frozen. Phil was fast asleep. Rhiannon fast asleep. Me wide awake and terrified!
I woke Phil and made him get up to check the flat all over…nothing. I went back to bed..but not to sleep. This happened again for the next three nights. I was terrified so badly that I went to my doctor.
I told him I was sure I was losing my mind,such a violent grab and yet nothing!  My doctor, such a cool young guy he was, simply said to me, ““There’s a lot more to life than what we think. You aren’t nuts, just experiencing something you are not tuned to.”
Eventually, I relaxed a bit more and the grabbing stopped…after I politely asked it to stop as I was needing sleep…since then I have lots of special things happen. Life indeed is a weird and mysterious journey.”
13 Comments