Today has been an important date all around – especially here at the Hotel Thompson!  You do realize what a huge fanatic my mom is about the mouse that wears the white gloves?  I mean, it’s bad enough that there are Mickey Mouse shapes across the facial boards of the Hotel Thompson… let alone the mouse is somehow someway in every room… and mom even has a tattoo of the fellow – shocker huh?  I think you can say that she’s serious about Mickey.

Can you believe that November 18, 1928, Mickey Mouse made his debut into entertainment.  He wasn’t originally known as Mickey Mouse.  Did you know that?  His first mark into history came in Steamboat Willie as Mortimer Mouse.  They changed his name shortly thereafter – good thing too, huh?

In 1929, they came out with a short called The Opry House.  This is when the mouse got his famous white gloves for his outfit. 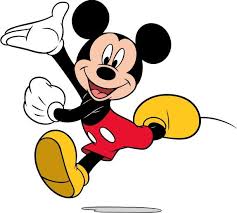 And, did you know that Walt Disney himself did the voice of Mickey Mouse up until 1946?

And, the most important thing I found that I *know* mom is going to have a fit about.. there’s actually a Mickey Mouse cocktail.  It’s made with tomato juice, lemon juice, Worcestershire sauce, Tabasco and a lime wedge.  I guess it could be a grown up version by adding Vodka.

So, let’s all wish mom’s little idol a Happy Birthday!!

Just a little over two years ago when mom/dad adopted me, I never dreamed that I would make it to this point.  You’ve been with me and listened to my snorts, my ramblings and read my blog.  Because of *YOU*, my blog is where it is today.

Consider this post, a hug from us to you.  May your day today be as brightened as mine is hitting 1,000 posts.

I had to share what mommy woke me up with 🙂

OMP (Oh my pig). Bashful went to Melbourne. Now, he’s in Sydney. That little rolling stone of mine is traveling first class! Check him out! XOXO – Bacon

While Bashful was on vacation with mom/dad at Tybee Island, he had the best of time.  Do you remember that little breakfast place that mom/dad liked so much called The Breakfast Club?  Well, Bashful fell in love with it as well.  He wanted to get a job there so he could stay on the island forever.  He went for an interview but well he didn’t talk too much and there really wasn’t a need for a traveling international stone so he didn’t get the busboy job – darn.

So instead he overlooked the kitchen help at the grill as they prepared mom/dad’s meal the last morning they were on vacation.  Don’t let his stoic look fool you.  He was worse than Gordon Ramsey from Hell’s Kitchen to those workers at the grill – snorts.  But he finally did whip them into shape and mom/dad got their wonderfully delicious breakfast.  It was a sad breakfast knowing it would be some time before their next return.

After that heavenly breakfast, everyone decided to walk down the streets of Tybee one more time for memories sake.

Bashful got a little freaked out when he saw this picture of a shark on the side of the building.

Heck, he rolled like an avalanche back into mom’s pocket so fast that her shorts almost fell down – now that would have been a sight!

But Bashful didn’t have anything to fear – it was just a giant shark advertising a business.  A business that I might add had some wonderful trinkets and fun things in it from the beach.

Yep, that mom of mine – she likes to shop – snorts.

And of course, no good-bye is complete without walking down the pier and telling the ocean farewell.

Bashful went a little too far though.  He threatened to jump if mom/dad didn’t stay just one more day longer on their trip.  Well heck, what could they do?  They couldn’t have Bashful jumping off the pier – he can’t swim!  He sinks… like the Titanic.  The poor thing – I never taught him a fundamental important thing like swimming.  And mom, she couldn’t go in after him, she can’t swim either!

So, they had to do what they had to do.  Stay one more night. Way to go Bashful.  I wonder if I threaten to jump off the couch, would I get my way in anything?  hhhmm – I’m off to practice before mom gets home 🙂