YAY!  I’m happier than a pig rolling around mud on a warm day.

I’m so excited to receive the The Versatile Blogger award from my friend over at www.peacelovegreatcountrymusic.com You’ll have to go over and check them out.  They have everything and anything about country music – it’s a wonderful blog that I found when mom was sick a couple of weeks ago.  Check it out and tell them Bacon sent you 🙂

The rules are to thank your nominator, list 7 things about yourself and pass the award onto other bloggers.  Simple enough, right?

So thanks to Peace, Love & Great Country Music for nominating little ole me – (hogs and kisses).  And now 7 things about myself.

Congratulations my friends.  Love you all.  Hogs and Kisses – Bacon 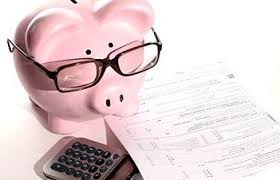 It’s that dreaded time of the year again here – April 15th. Sure does seem to get here faster and faster every year, doesn’t it?

Mom and dad played smart this year and got their taxes done earlier in the year.  For once, they don’t have to do the running around last minute catching up game.

Have you done yours yet?  Good luck my friends!

Last night, we all stayed up late watching the Food Network.  It’s something we do every once in a while and it was fun.  And yeah, we got hungry – all of that food you know!  Believe it or not but I do want to know how mom prepares my food.  A lot of the times I sit in the kitchen and watch her chop and cut things on the big cutting board.  She seems to know her way around that big knife!  I sit and watch and sometimes she will toss me goodies that she is working on for dinner.  It’s the highlight of my days sometimes.

It was getting kind of late so mom fixed me a quick snack before she put me to bed Sunday night.  You

know something to feed the midnight hungie monster in my belly so I could make it until morning.  Mom fixed the best snack of 1/2 of a banana and a few grapes.  I happily went to my room and got ready for bed.  Mom tucked me in and gave me a kiss.  We were both too tired for a story.  In fact, I think I was passed out in twilight land before mom turned my light off.

I had the strangest dream.  I even woke up laughing.  The dream started off pretty basic.  I was hanging out with my buddy, Maxwell.  We got invited to a party and we were both pretty excited about that.  Cause you know – where’s there is a party – there is FOOD!  So we were getting ready for the party and was driving over in Maxwell’s convertible.  It was somewhere in the Hollywood hills.  We walked into the party and that is when the fun started to happen!

We saw all of our friends from the Food Network.  It was the best party!  And it really seemed like everyone was expecting and looking forward to meeting us.  We were so happy we almost squealed!

Cora, Claire Robinson, Giada De Laurentiis, Rachael Ray and Sunny Anderson. And of course, you know us guys headed to the ladies first.  We showed them a couple of new moves on the dance floor – the pig hustle was a hit!  After all of that dancing, they started to glisten and had to go powder their noses… of course that was a group thing for the ladies.  On their way, they kept looking back at us grinning and laughing.  Yeah, we have the way with the ladies.  I have to admit though, I liked dancing with Anne Burrell the best.  She was massaging my back for some reason and it felt really good.  Shaking head, I’m not sure what that move was called but it was great.

And you know the guys were hatin on me and Maxwell while we had the attention of the ladies.  They were just jealous.  We walked over to speak with them and let them know we were the bigger men.  They’re a funny group of guys these sort.  Mario Batali reached out and pulled me into a huge hug.  And it was a strange hug – very feely everywhere.  It was like he was somehow measuring me for something.  He kept mumbling something about olive oil – weird that Batali.  Michael Symon and Bobby Flay were both having a very lively discussion and came up to us both… again with the hugging.  And just between you and me, I swear Michael Symon licked my ear.  Shivers – these guys are weird!  Maxwell said Flay kept muttering something about spices to him.  We were about done with this group.  Just too touchy for our liking.

Maxwell and I had come up with a code word if we wanted to get out quick and it was said.  We were

making our way to the door when Geoffrey Zakarian and Guy Fieri asked us what the rush was.  They said they were fixing to start preparing the main course for dinner and wanted us to see in the kitchen.  Something about the glazed look in Guy Fieri’s eyes made us think that perhaps we were the main course.

Maxwell said to follow him and we both sprouted wings and flew as fast as we could out of that party to the convertible.  When Maxwell squealed off in the car, I woke up.  And thank goodness it was all a dream.  Can you imagine – they would want to eat us?!  What a nightmare.